Shopping Cart
Your Cart is Empty
Quantity:
Subtotal
Taxes
Shipping
Total
There was an error with PayPalClick here to try again

Thank you for your business!You should be receiving an order confirmation from Paypal shortly.Exit Shopping Cart

Our company helps individuals achieve a changed mindset, identify their gift or passion, and transform it into income or a business. We make divine connections by bringing together like-minded winners through resources and collaborations.

The Courage to Change

Women Helping Empower Winners (W.H.E.W.!) is a faith-based business with the needs of people in mind. We provide services that equip and enable women to:

We change lives by helping people overcome barriers, fears, and traditional beliefs that are stumbling blocks to success. The purpose is to champion individuals, entrepreneurs, and families to become successful. Our values and practices are founded on the word of God and real-life experience.

W.H.E.W.! holds monthly events in an ongoing effort to empower women to stay on the path to success. Our seminars and workshops provide participants with the tools to overcome obstacles, achieve set goals, and continue moving forward:

It’s My Time to Shine!

LaShawn R. Mico is a business professional with over 19 years of experience in the administrative field. She is a wife, mother, and grandmother. LaShawn has advanced throughout her career to positions of increased leadership roles – starting as an Administrative Assistant and advancing to a supervisor, then finally, Office Administrator.

Because of her tough grind and persistence, she has earned a multitude of certificates, recognition, and achievements throughout her education and career, including professional speaking, tutoring, A+ certification, employment readiness, medical administration, and an auctioneer.

In 2002, LaShawn worked as an assistant to a business owner who is credited for teaching her much about entrepreneurship. She was appointed by the Reppert School of Auctioneering to valedictorian of the Auctioneering Class of 2005.

In 2006, LaShawn was recognized by Vector Marketing as one of the Top Sales Representatives of the Midwest Region. LaShawn's involvement in the community also includes volunteering for The Friend of the Court (Wayne County) and other grassroots organizations, such as Friends of Fathers, LLC, and Friends of Families, Inc., providing resources and services to families.

LaShawn is also a CPhT and licensed minister since 2015. She has always had a teaching mentality and spirit. Having started her own ministry platform on Facebook Live in January 2017, Today's Bible Reflection teaches the bible in a way that beginners can understand.

LaShawn's ongoing ministry includes teaching and training people in biblical truths and principles to strengthen their relationship with Christ. LaShawn's business knowledge, ethical values, and bubbly personality have earned her the respect and admiration of business owners, community leaders, and the Christ-centered Kingdom citizens.

LaShawn was introduced to an income opportunity to add to her income streams and has since then built a growing team of approximately 1700 customers in her organization! She loves being a blessing to others by sharing her home-based business opportunity with everyone she meets.

Because of LaShawn’s passion for helping people, a new passion was birthed, Women Helping Empower Women (W.H.E.W.!). Through W.H.E.W.!, she started a new Facebook talk show on December 1, 2020, to celebrate everyday people who positively impact the lives of others daily with their passion or gift. To be a featured guest on the W.H.E.W.! talk show, please send a brief bio and selfie as well as indicate the three available Tuesdays you have.

We believe that everyone has a seed of greatness that is unique and matters, and Hollywood ain’t got nothing on you! The show airs live on Facebook for 30 minutes every Tuesday at 12:00 PM EST.

LaShawn is available for speaking engagements at churches, community organizations, businesses, conferences, and other events. For additional information, call 586-574-5584 or email: [email protected] or visit the

Start off with a simple draft of your idea, your passion, your gift or skill. Here are a few tips to get you started. You want to keep in mind that this plan will need to be updated frequently as you study and research your type of business.

These questions will help you to create your business plan. You may also use pictures, graphics, and charts if you are more of a visual person. Even a slide show works, as long as you're comfortable with the way you express your ideas. Go ahead and get started! You'll be surprised how much you get accomplished as you use critical thinking to answer the questions. YOU CAN DO IT!!!

Need assistance? Contact a Life Coach to schedule a 1 on 1 Coaching Session. W.H.E.W.!

The 12 Commandments of How Wealthy People Think

Commandment #1: Wealthy people have a growth mindset, not a fixed mindset.

Commandment #2: Wealthy people believe specific knowledge is the way to wealth as opposed to formal education.

Commandment #3: Wealthy people get their money to work for them instead of trading time for money.

Commandment #4: Wealthy people influence their friends and family in positive ways and bring them along for the journey.

Commandment #5: Wealthy people understand that the educational process is a journey, not a destination.

Commandment #6: Wealthy people build a mastermind group of people who are wealthier and more intelligent than they are.

Commandment #7: Wealthy people believe they are in total control of their destiny as opposed to their destiny being predetermined.

Commandment #8: Wealthy people believe in and are willing to promote their products, services, and businesses.

Commandment #9: Wealthy people know the greater impact money can have on other people’s lives.

Commandment #10: Wealthy people focus on opportunities instead of obstacles.

Commandment #11: Wealthy people have an investor mindset instead of a consumer mindset.

Commandment #12: W​ealthy people learn to act in spite of fear.

Many poor people want to be rich, but their decisions and actions are geared towards survival instead of wealth and abundance. Building wealth is not comfortable. There is a huge difference between being comfortable and being wealthy. If your goal is to just be financially secure, chances are you will never be wealthy. However, if your

goal is to be wealthy, then chances are you will end up either wealthy or very, very comfortable.

Understand the concept of a wealthy mindset:

The single biggest difference between financial success and financial failure is embracing and living by these twelve commandments. Make it a practice to surround yourself with people who will push you to achieve more in your life.

Find and join social circles, groups, and communities comprised of people who are financially playing the game at a higher level than you are. Then do everything you can to learn from the way they think, act, and make decisions with their money.

Then model those decisions with your own money. Find a way to do this even if you don’t have a lot of money right now.

If you want to build wealth and master money, you must learn from

those who have already built their fortunes and have demonstrated

the ability to successfully manage it.

People who struggle financially either mismanage their money or they avoid the topic of money altogether. They often say things like, “I’ll start managing my money as soon as I get caught up and save a little.” This is like someone who says he’ll lose thirty pounds and then start exercising. One has to come before the other, not the other way around. You have to learn how to properly manage money and then, over time, you will have increasingly larger amounts of money to manage.

Commit right now, and practice the twelve commandments of money in your own life. Share them and empower others to do the same. 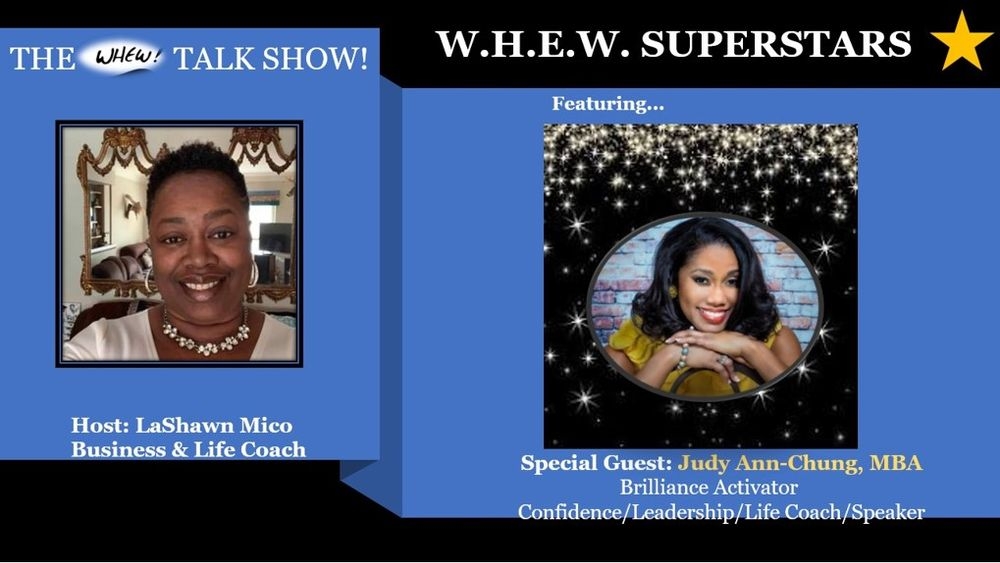 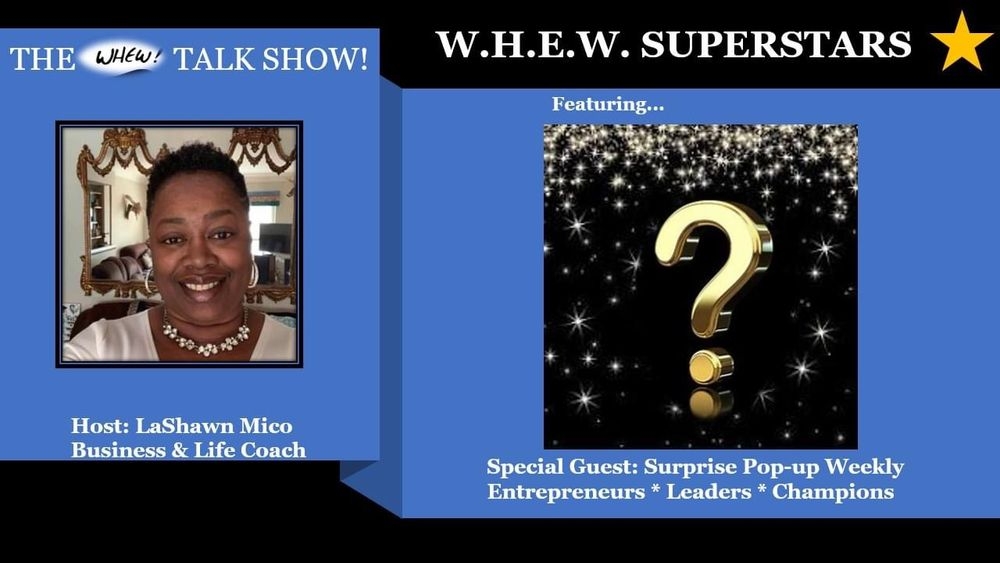 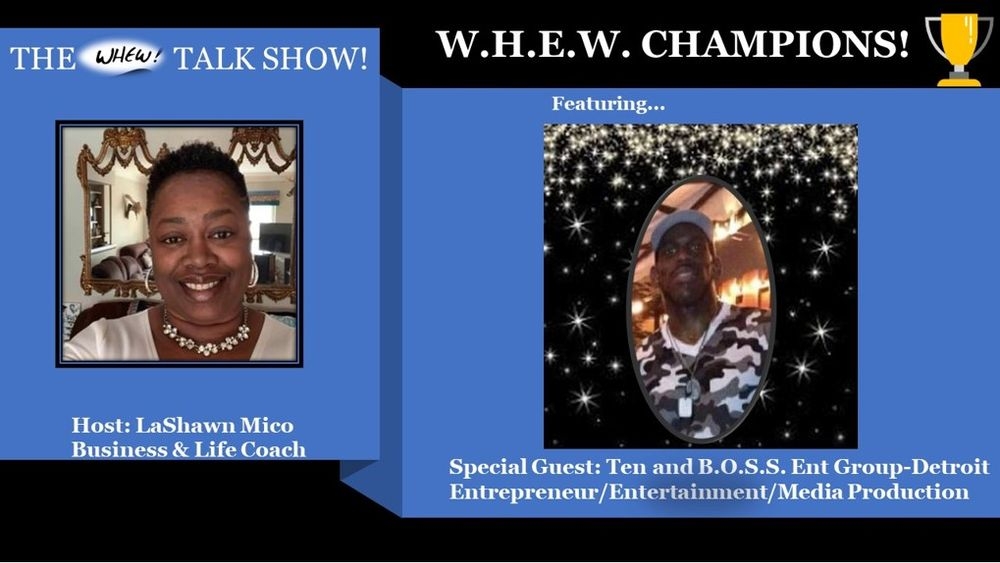 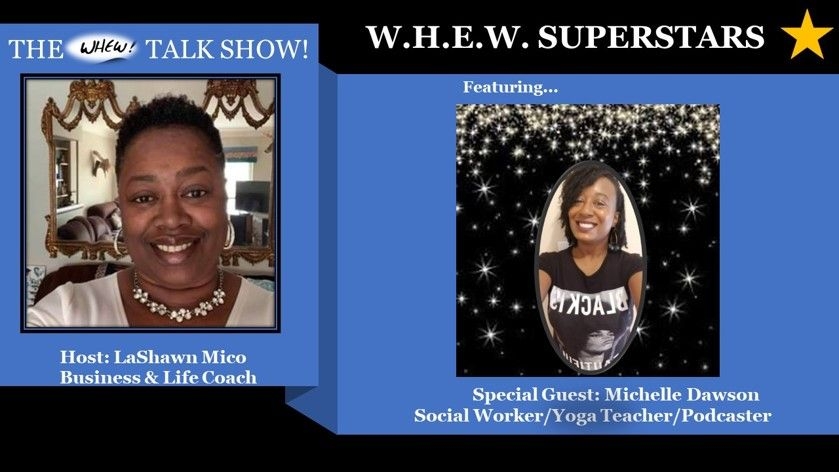 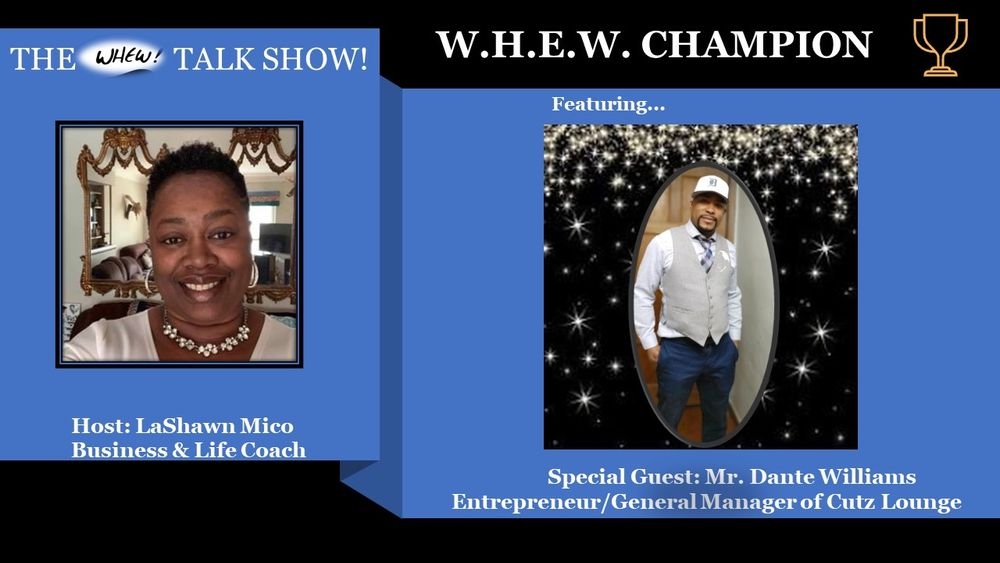 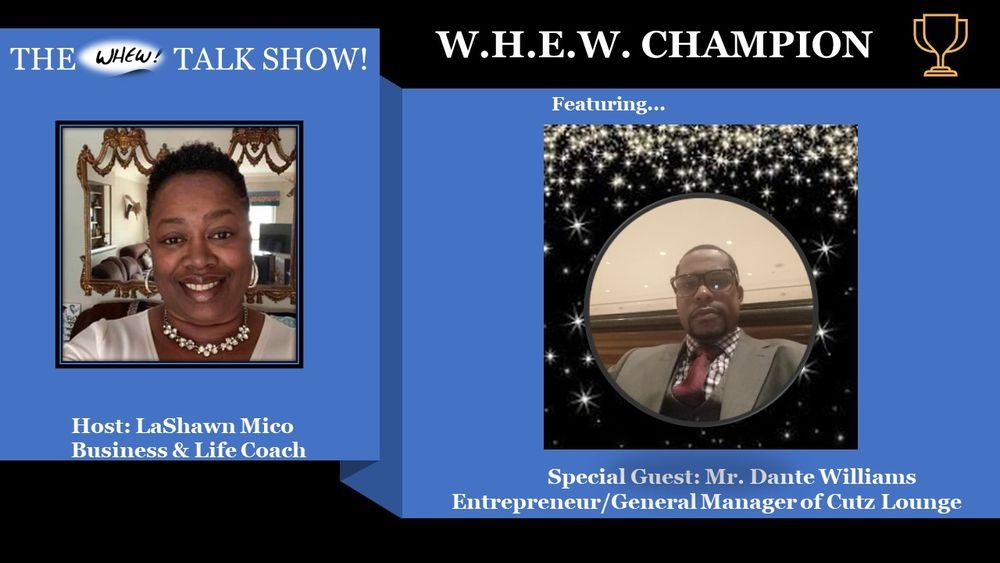 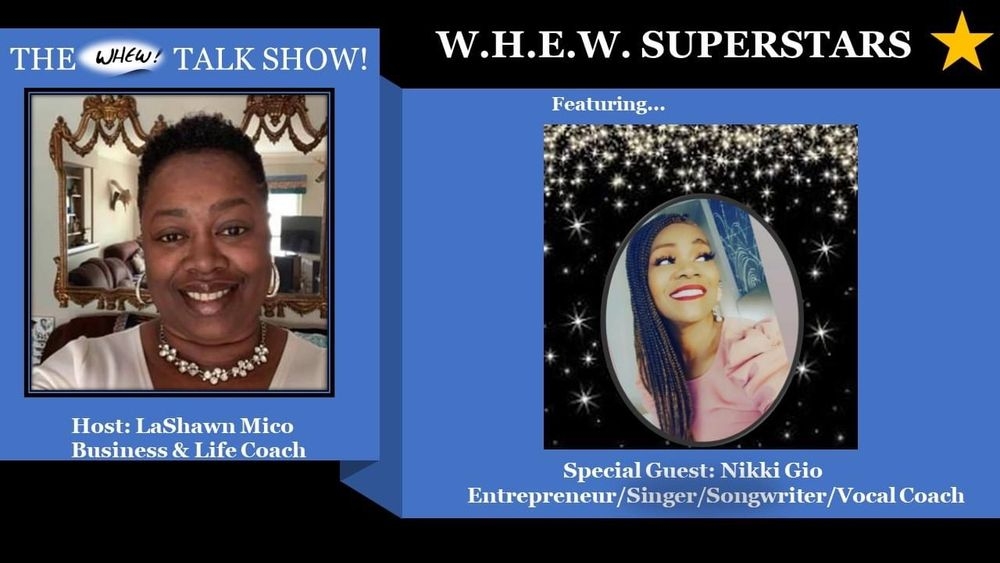 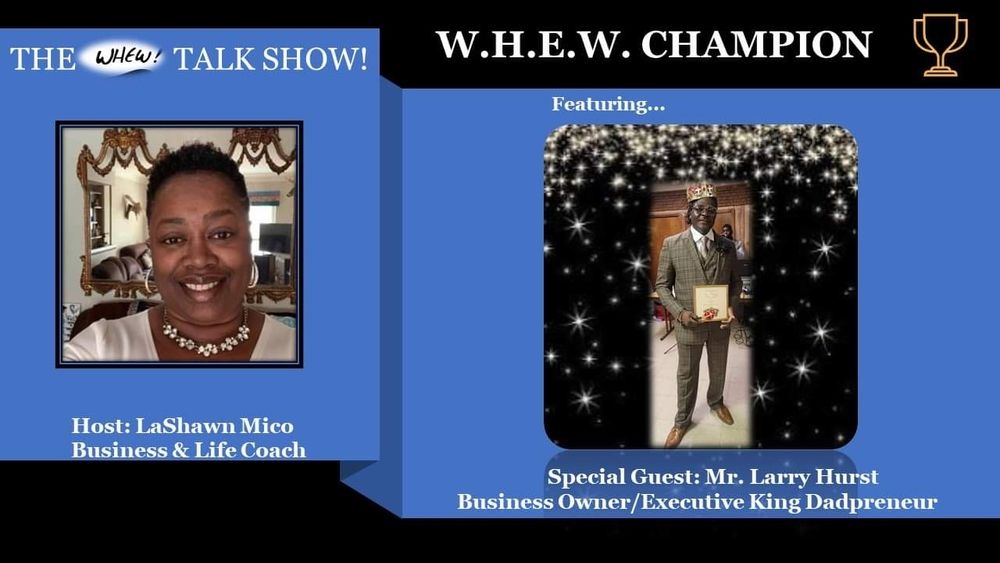 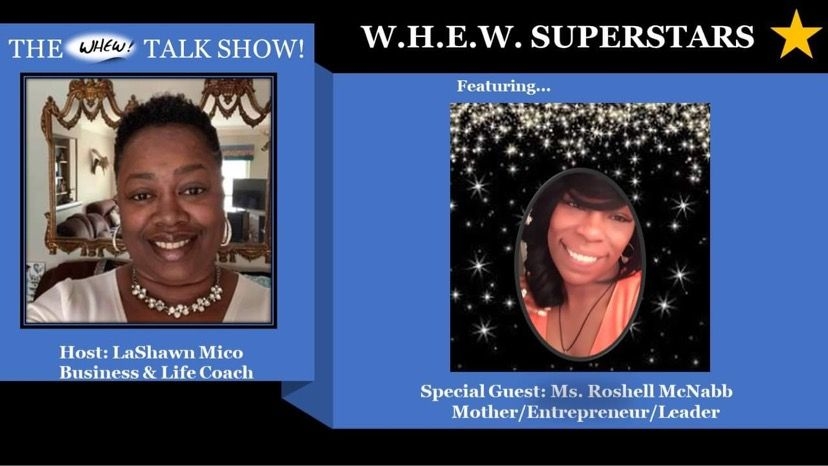 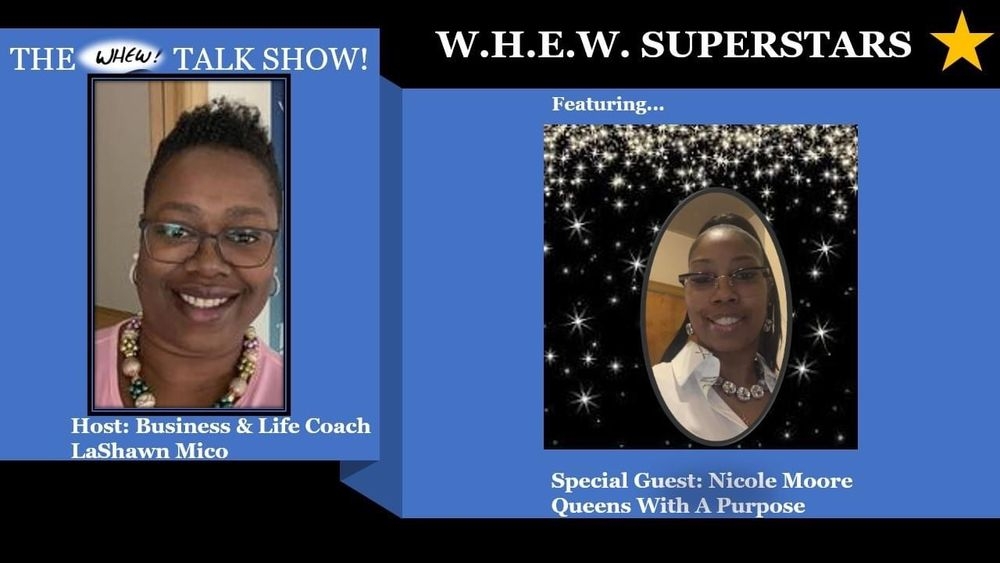 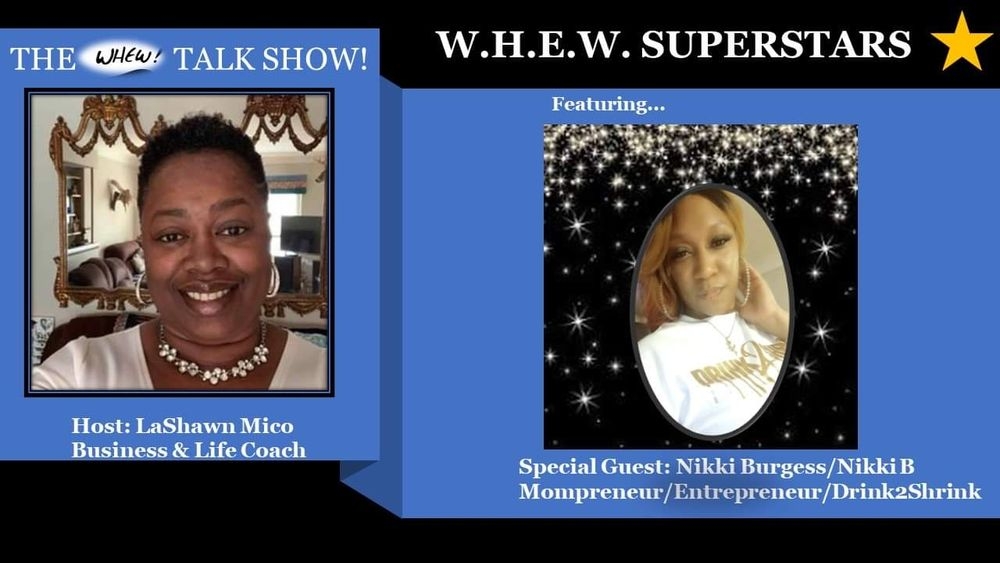 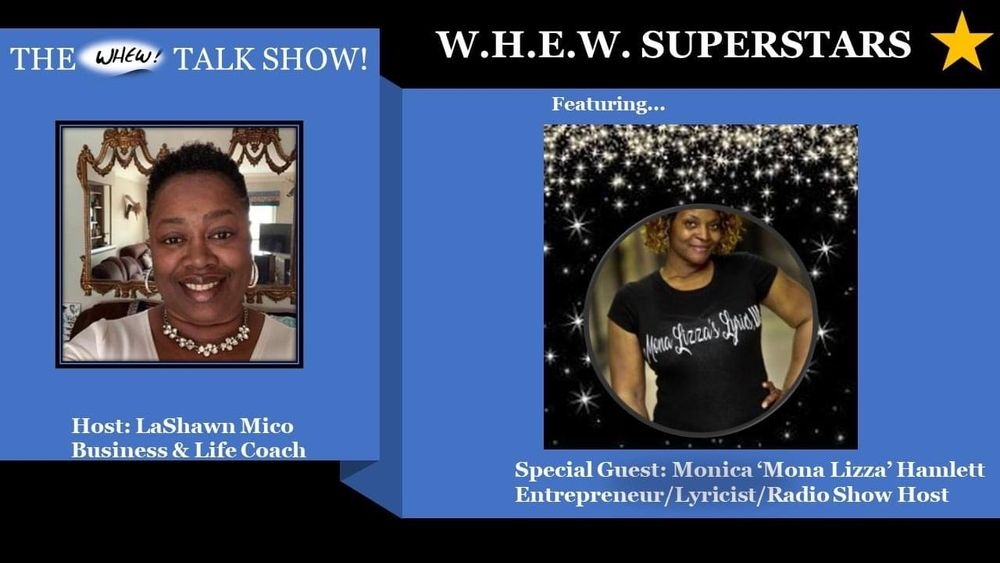 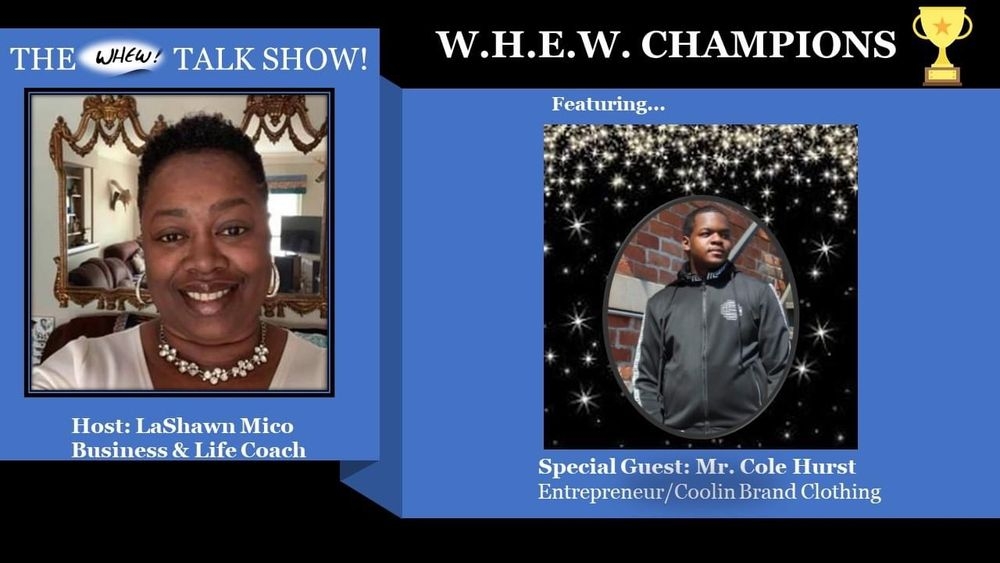 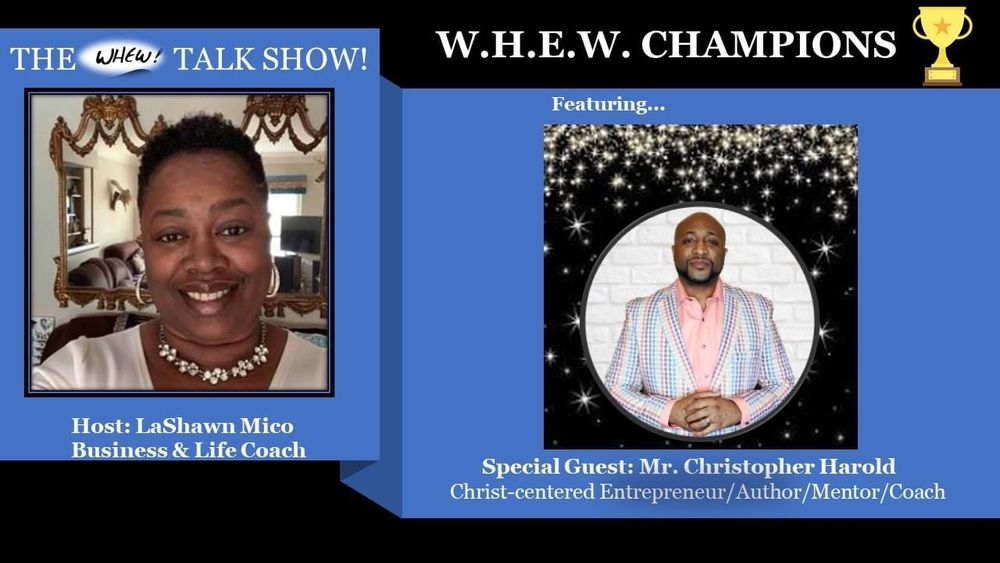 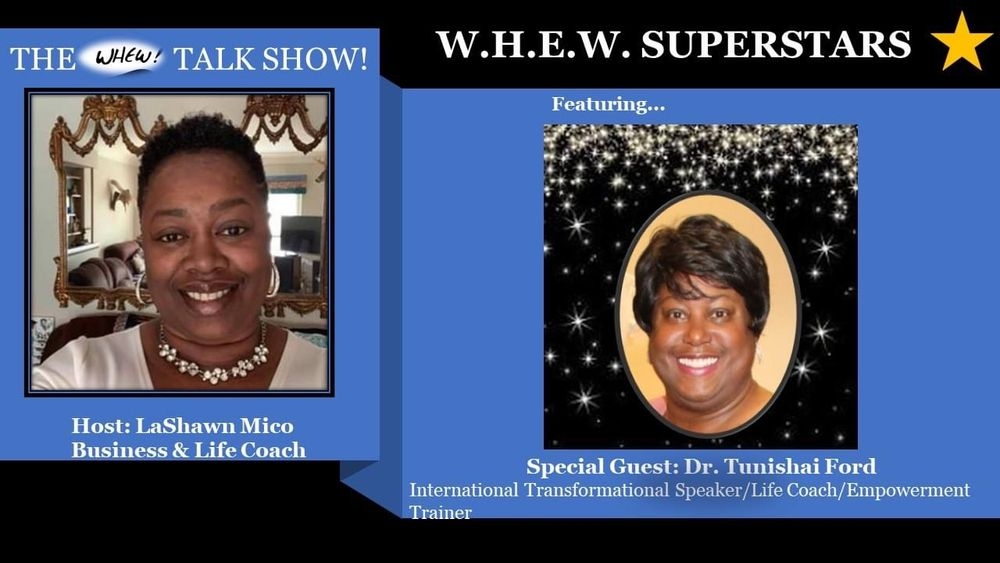 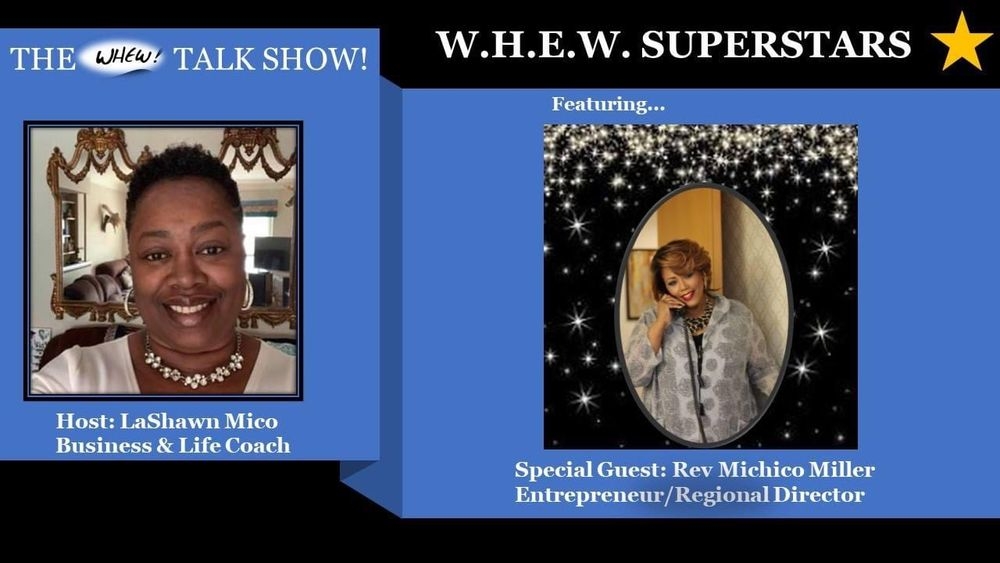 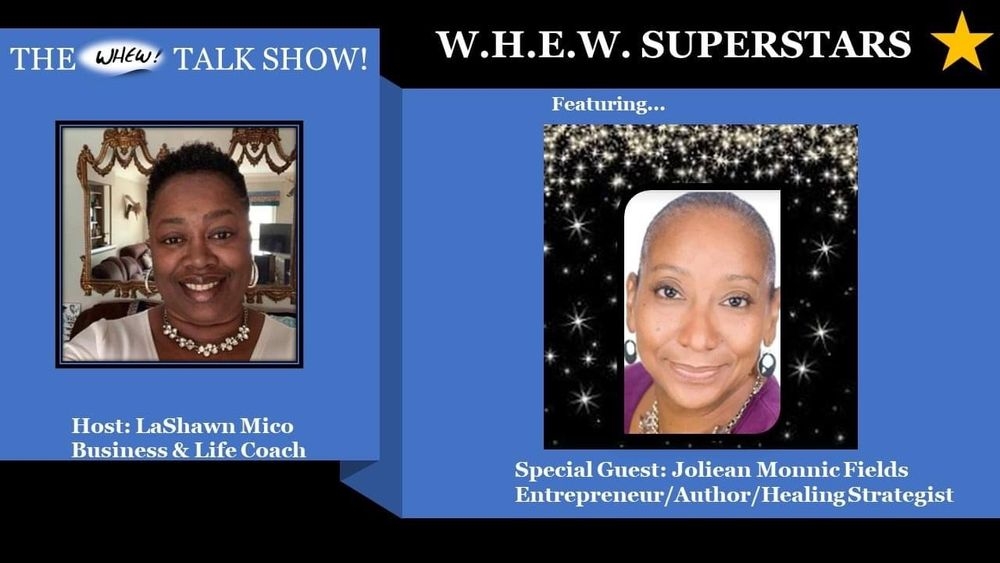 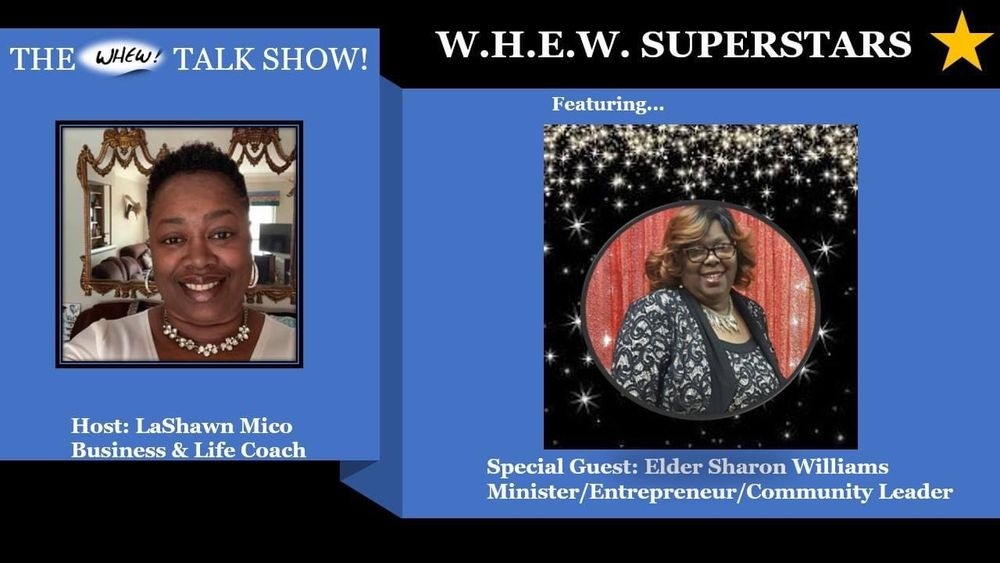 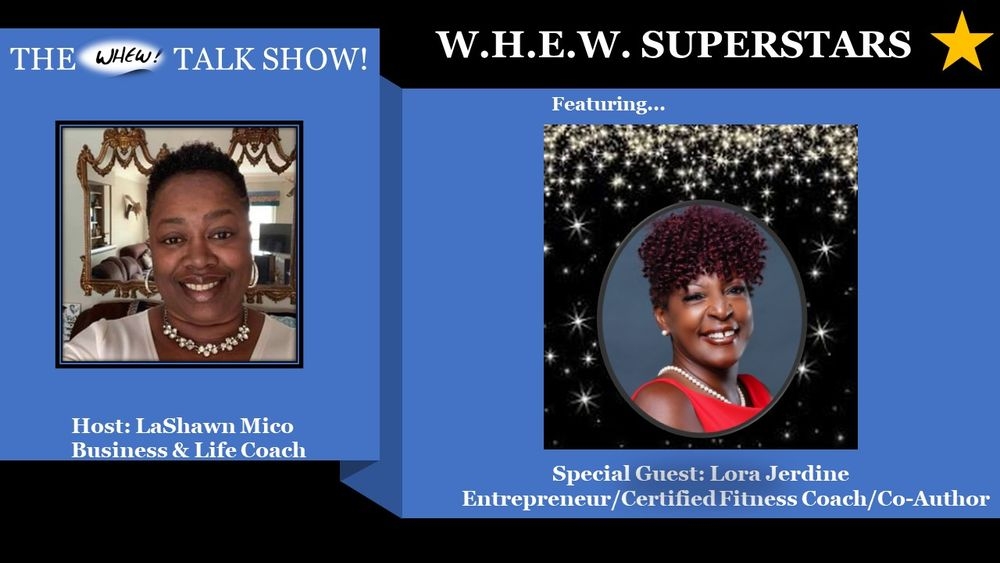 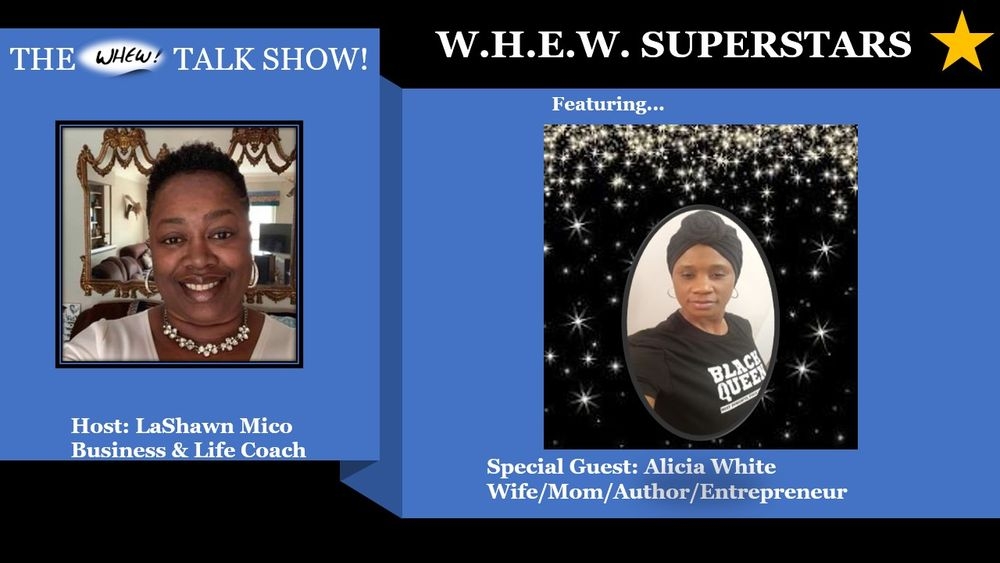 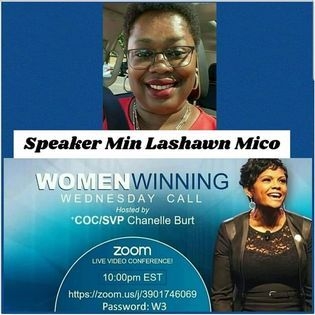 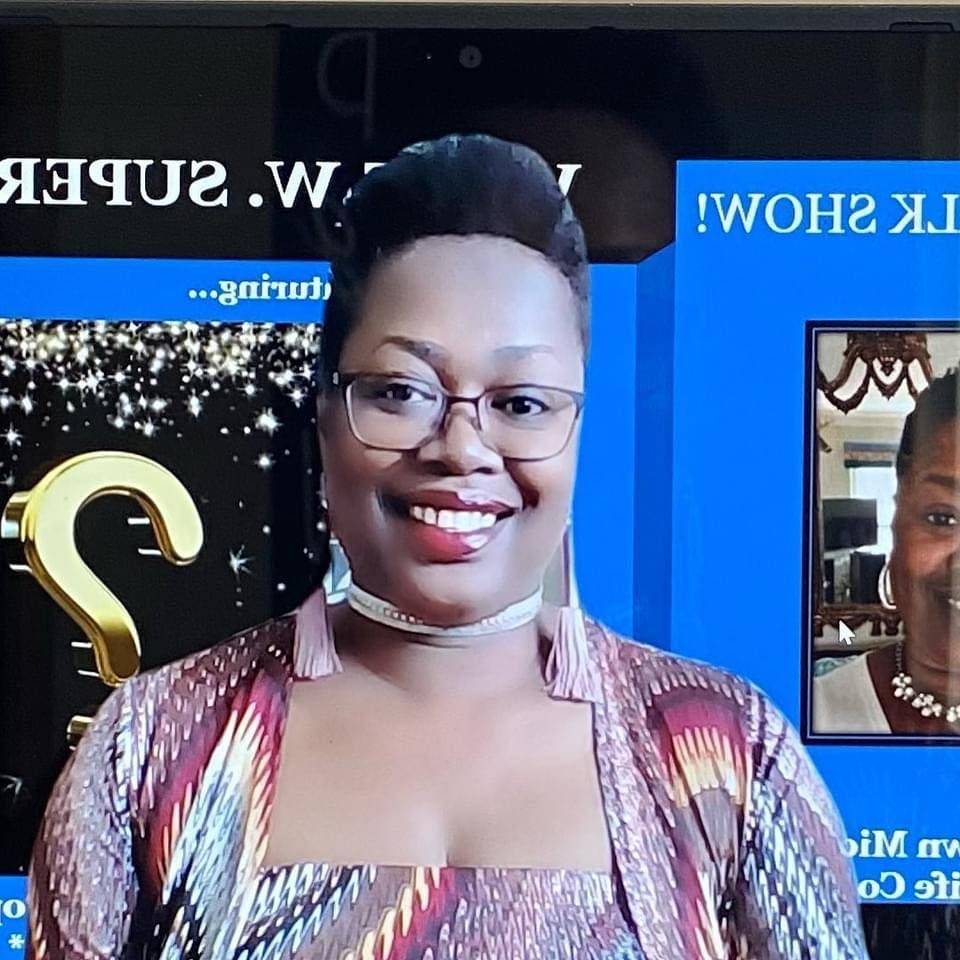